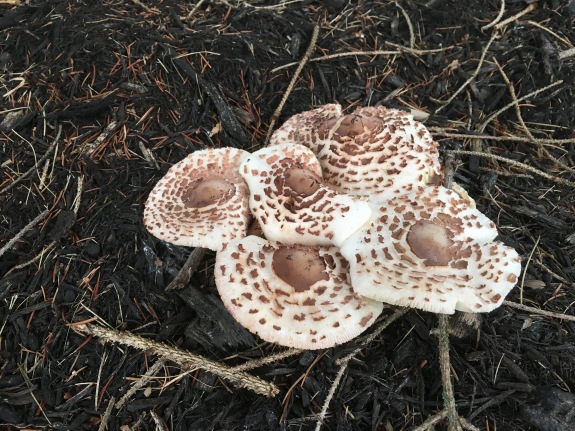 “My child, if it is in your heart, that wisdom comes to dwell; then joy and gladness will invade, and fill my heart as well.”  (Proverbs 23:15)

This is the twenty-third in a series of posts on Proverbs, which I am translating into common meter.  The following contains my rendering of Proverbs 23, preceded by a brief reflection in verse.

I call your attention, to this my reflection, of Proverbs in part twenty-three.
These things that I mention, about this collection, are needless as you will agree.
Still I don’t think Solomon, would need some cobalamin, if he were to read what I write.
And hopefully you, will find your way through, while pondering these with delight.

Before I commence, to try to condense, my thinking of what these all mean.
I’ll firstly spell out, so there’s not a doubt, these Sayings will total thirteen.
The first to appear, as this will make clear, is Six just below in this queue.
The first five you see, are reckoned to be, in Proverbs in part twenty-two.

Don’t crave any offer, a ruler may proffer, to come to his table to eat.
It’s better you hold, a knife blade that’s cold, to threaten your throat like it’s meat.
For surely you’ll find, he’s not being kind, in what he’s attempting to do.
But rather his aim, is forming a claim, to what he’ll require of you.

The next Saying in, will sound like a sin, to those who make riches their goal.
But straining for wealth, is harmful to health, while also eroding the soul.
For gold that sprouts feathers, without any tethers, can seem an impossible thing.
Still many agree, that treasures soon flee, like eagles when taking to wing.

Don’t eat what a host, is offering most, when grudgingly brought into view.
He’s keeping a count – the total the amount – of all he is sharing with you.
Although you may think, when telling you ‘drink,’ that seemingly he is sincere.
But if you partake, your stomach will ache, and sickness will follow I fear.

Now look all around, before you propound, any wisdom that’s at your command.
For lurking about, without any doubt, are some who will not understand.
I’m speaking of fools, who don’t have the tools, to comprehend words that are wise.
There’s no turning off, their tongues as they scoff, and criticize things they despise.

Do not rearrange, or otherwise change, a marker constructed with stones.
And never trespass, or step on the grass, that any poor orphan child owns.
For there’s a Defender, a mighty contender, who’s hardy and powerfully strong.
He won’t be denied, but comes alongside, to fight against what you’ve done wrong.

The next Saying states, with simple mandates, some things that are good for your soul.
A sure place to start, is found in the heart, with discipline making you whole.
Another appears, with listening ears, receiving whatever is true.
When these things you try, and seek to apply, then wisdom you’ll surely accrue.

Now Saying Twelve seems, to go to extremes, in giving a child discipline.
It briefly describes, without diatribes, the way to chastise for a sin.
Suggesting a rod, in order to prod, is needed at times to coerce.
It says that the goal, is saving a soul, to keep it from something far worse.

My child if you seek, and carefully keep, a heart in which wisdom can dwell;
Then my heart will know, and certainly grow, in happy contentment as well.
Indeed it will fill, my innermost will, with praises and joyful delight;
When what you convey, with words that you say, is true and unfailingly right.

Don’t envy someone, for sins they have done, when going along their own way.
But honor the Lord, and with one accord, continue to fear Him all day.
For if you revere, the One who is dear, there’s hope that’s remaining for you.
And you’ll know for sure, what He has in store, will certainly never fall through.

Now listen with care, these things that I share – let wisdom be always your source.
Make sure that your mind, and heart are inclined, to follow upon the right course.
Do not dissipate, or settle your fate, by drinking or eating unchecked.
For all such excess, produces a mess, and leaves you most horribly wrecked.

Your parents deserve, the honor you serve, so turn not from them when they’re old.
Acquire the truth, in spite of your youth, so they’ll see your wisdom unfold.
When children are wise, it’s not a surprise, that father and mother rejoice.
And find that their days, have gladness that stays, and happiness shows in their voice.

My son if you’re smart, you’ll give me your heart, and follow the things I have found –
That unfaithfulness, will end in a mess, is wisdom that always is sound.
By this we deduce, a woman who’s loose, is lying in wait for some prey.
A thief if you will, who’s using her skill, to try to tempt someone astray.

O who has known pain, and suffered in vain, and felt their life slowly decline?
It’s those whose eyes stare, without any care, at many a bottle of wine.
For wine’s like a snake, whose bite makes you shake, no matter what ever you think.
And sorry to say, it’s tempting to stray, and sample just one final drink.

1   When any ruler beckons you,
to have a bite or two;
Consider very carefully,
what’s now in front of you.

2  For if you’re one who tends to eat,
whatever’s in your sight;
Pretend a knife is at your throat,
to curb your appetite.

3  Don’t crave what rulers serve to you,
or hunger for their sweets;
Deceptive is their offered food –
illusive are their eats.

4   Don’t spend yourself in getting rich,
don’t labor hard for wealth;
But demonstrate some self-control –
be wise and check yourself.

5  No sooner have you looked at wealth,
then it is out of sight;
Like eagles that have spread their wings,
it suddenly takes flight.

6   Don’t eat the food of any host,
begrudging in his ways;
And do not crave the wondrous fare,
beguiling to your gaze.

7  For in his heart your host believes,
the cost is very dear;
Though he may tell you, “eat and drink,”
his heart is not sincere.

8  Then what you eat will make you sick,
so you will spit it out;
Your compliments will go to waste,
with this there is no doubt.

9   Don’t speak when there are fools around,
or talk so they will hear;
For they will scorn the prudent thoughts,
and wisdom that they hear.

10   Don’t move or rearrange the place,
of ancient boundary stones;
Or take a step upon the fields,
that any orphan owns.

11  For there is a Defender Kin,
who’s powerful and strong;
And he himself will take their side,
and fight against your wrong.

12  To sound instruction set your heart,
to discipline adhere;
To words of knowledge turn your ears,
so wisdom they will hear.

13  Don’t hesitate to discipline,
when children go astray;
For surely they will not succumb,
to punishment per se.

14  For striking children with a rod,
when discipline’s the goal;
Can save them from the kind of death,
that devastates the soul.

15  My child, if it is in your heart,
that wisdom comes to dwell;
Then joy and gladness will invade,
and fill my heart as well.

16  Indeed, my inmost being will,
rejoice with great delight;
Whenever what your lips convey,
unfailingly is right.

17  Don’t let your heart be envious,
of sinners and their way;
But honor and revere the Lord,
and fear Him all the day.

18  For surely there’s a future hope,
by fearing in the Lord;
A hope that will not be cut off,
for you this is assured.

19  My children, listen carefully –
let wisdom be your source;
Direct your mind and set your heart,
upon the proper course.

21  For those who drink and eat too much,
will come to poverty;
And drowsiness will cover them,
in ragged penury.

22  Your father gave you life, so hear,
his words as they unfold;
And don’t despise your mother’s life,
when she is grey and old.

23  Acquire truth despite the cost,
don’t let it slip away;
Buy wisdom and instruction too,
and insight everyday.

24  The father of a righteous child,
has joy that won’t abate;
For he who fathers one who’s wise,
will surely celebrate.

25  May gladness fill your parents’ hearts,
may both of them rejoice;
May she who bore and nurtured you,
give happiness a voice.

26  My son, please give your heart to me,
and keep me in your gaze;
O let your eyes watch carefully,
observing all my ways.

27  A prostitute is like a pit –
a sinking cavity;
A harlot like a narrow well,
from which you can’t get free.

28  For wantonness is like a thief,
that lies in wait for prey;
She multiplies unfaithfulness,
so men will go astray.

29  O who has sorrow, who has woe?
Who gripes of strife as well?
And who has bruises without cause,
and bloodshot eyes that swell?

30  It’s those who tarry far too long,
around a glass of wine;
And those who sample mixtures of,
the harvest of the vine.

31  Don’t let your eyes be drawn to wine,
when ruby red it glows;
Or when it sparkles in the cup,
and smoothly down it goes.

32  For in the end it’s like a snake,
that bites while in your grasp;
A deadly poison stinging you,
like venom from an asp.

33  And you’ll behold the oddest sights,
and see the strangest things;
Your mind will wander aimlessly,
with visions in the wings.

34  You’ll be like one asleep at sea –
on waters that are vast;
Like one who’s lying up above,
upon the highest mast.

35  You’ll say, “I did not feel their blows,
so I’m not hurt, I think!
When will I wake from slumbering,
to have just one more drink?”