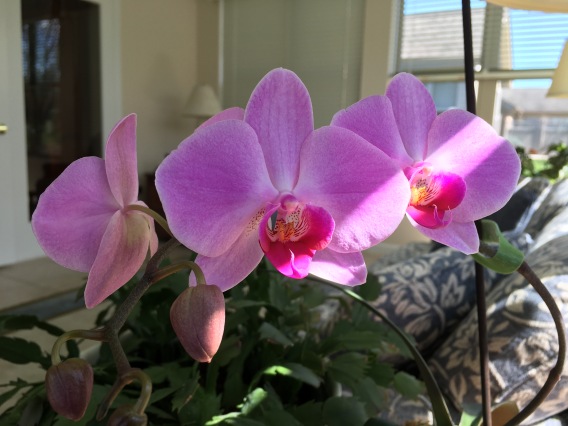 “My child, receive these words I speak, accept the things I say; Hold tight and treasure my commands so they don’t slip away.”  (Proverbs 2:1)

This is the second in a series of posts on Proverbs, which I am translating into common meter.  Today’s blog contains my translation of Proverbs 2, preceded by a brief comment.

Comment On Proverbs 2
Proverbs 2 continues the extended wisdom poem of Proverbs 1-9.  In Proverbs 1, Solomon introduces these proverbs as being profitable for the young and inexperienced, as well as increasing the knowledge and understanding of those who already have some wisdom (see Proverbs 1:4-5).  There is no gender mentioned, and certainly these proverbs have always been understood as applying to all people – male and female alike.  However, immediately after the introduction Solomon specifically addresses them to his “son.”  For example, Proverbs 1:8 (NIV) starts, “Listen, my son, to your father’s instruction … .”  This reference to his “son” appears throughout Proverbs.  For example, the present Chapter 2 starts with the words, “My son, if you accept my words …”  (Proverbs 2:1)

On one level this can be understood as Solomon writing the proverbs for a son, while offering their wisdom to others (men and women) as well.  According to the translators of the New English Translation (NET), Solomon apparently wrote many of the Proverbs for a young prince in the royal court.  “It is likely that collections of proverbs grew up in the royal courts and were designed for the training of the youthful prince.  But once the collection was included in the canon, the term ‘son’ would be expanded to mean a disciple, for all the people were to learn wisdom when young.  It would not be limited to sons alone but would include daughters.”  The various translations of Proverbs are split over whether to use “son” or “child.” For example, the NIV and ESV use “son,” whereas the NET and GNT use “child.”

I raise this because in Proverbs 2, Solomon briefly introduces a new theme (that he fleshes out in much greater detail in chapters 5-7).  This is his warning against adultery that appears in verses 16-19.  For example, verses 16-17 (NIV)
Wisdom will save you also from the adulterous woman,
from the wayward woman with her seductive words,
who has left the partner of her youth
and ignored the covenant she made before God.

Obviously, this is a very one-sided warning that Solomon gives about adultery – beware of the adulterous woman.  If this warning is only for a young man, then I suppose it is reasonable to warn him to be wary of a married woman who would attempt to seduce him.  But if Solomon’s homily on wisdom is also to be profitable to a daughter, then this must be understood as a caution to her to be wary of a married man who would attempt to seduce her.  [A greater and in many ways more troubling concern, to my way of thinking.]  Now I don’t want to get myself entangled in a hermeneutical web, but I raise the issue because most of chapters 5, 6, and 7 is concerned with the adulterous and “wayward woman.”  In fact more than 25% of Proverbs 1-9 relate to this single point – the dangers of an adulterous woman!

For the relevant verses (16-19) in Proverbs 2, I have chosen to translate them in a way that could apply to both men and women.  So rather than cautioning only a son against an “adulterous woman,” I interpret the verses by cautioning everyone against “those who would seduce.”  For example, I have rendered verse 16:
It’s wisdom too that keeps you safe from those who would seduce,
From those with words that draw you in, but morally are loose.

[I haven’t decided as yet how I will handle the 66 verses about adulterous women in Proverbs 5-7.  But I’ll not worry about that now, this day has trouble enough.]

The real rub for me comes with the life Solomon was leading – 700 wives and 300 concubines (see 1 Kings 11:3).  Who was he to write about seductive, adulterous women who break their wedding vow made before God?  Talk about chutzpah!  Was Solomon really so blind to his adultery?  Hubris it would seem has no limits.  And talk about irony – it was Solomon’s father David who committed adultery with Solomon’s mother Bathsheba!  Perhaps it would have been well if Nathan had been around to confront Solomon like he had to David.

Still, to throw out Solomon’s wisdom on adultery because of his roots and lifestyle, would be to make a classic genetic fallacy.  We live in a time where infidelity and sexual sin is rampant and we need much wisdom – not only in avoiding sexual sin ourselves but engaging with the culture over the dangers of such.  Indeed, Solomon makes a key point in Proverbs 1-9, namely, the dangers of adultery and the critical importance of sexual control in our lives.  I may quibble about Solomon’s myopic focus on adulterous women, but nonetheless he is right that we need great wisdom in how we handle our sexuality.

Ronald Rolheiser writes elegantly about our need for deep wisdom in regard to our sexuality.  “One of the fundamental tasks of spirituality, therefore, is to help us to understand and channel our sexuality correctly.  This, however, is no easy task.  Sexuality is such a powerful fire that it is not always easy to channel it in life-giving ways.  Its very power, and it is the most powerful force on the planet, makes it a force not just for formidable love, life, and blessing but also for the worst hate, death, and destruction imaginable.  Sex is responsible for most of the ecstasies that occur on the planet, but it is also responsible for lots of murders and suicides.  It is the most powerful of all fires, the best of all fires, the most dangerous of all fires, and the fire which, ultimately, lies at the base of everything, including the spiritual life.”  (The Holy Longing, 193)

1  My child, receive these words I speak,
accept the things I say;
Hold tight and treasure my commands
so they don’t slip away.

2  Attune your ear attentively,
and open up your eyes;
Seek understanding in your heart
of all things that are wise.

3  To know discernment call aloud,
for understanding shout;
For insight take a mighty breath,
and let your voice cry out.

4  Make wisdom be your highest search –
a quest to which you’re bound;
Like seeking hidden silver coins
long buried in the ground.

5  By doing this you’ll understand
the way to fear the Lord;
And certain knowledge of our God
will be your just reward.

6  For wisdom issues from the Lord,
and understanding too;
He opens up his mouth and speaks,
and knowledge rushes through.

7  To those who live in righteousness,
he promises success;
To those whose lives are virtuous,
he shelters from distress.

8  Our God protects the just from harm,
and guards them on their way;
He watches those who walk in faith
and do not go astray.

9  If you take heed of what I say,
then you will be aware –
Of every good and righteous path,
and what is just and fair.

10  For wisdom will invade your heart,
and make your spirit right;
And knowledge will seem wonderful,
and bring your soul delight.

11  Discretion will watch over you,
and keep your life secure;
While understanding will protect
and guard you evermore.

12  Yes wisdom will deliver you,
and keep you far away,
From those whose words pervert the truth,
and from their evil way.

13  For wicked people turn aside
from righteousness and light;
They choose instead the way of sin,
that’s darker than the night.

14  They find delight in doing wrong,
while evil they embrace;
They cling to their depravity
without a bit of grace.

15  They do not walk the narrow path,
their ways are never straight;
They always act immorally,
from truth they deviate.

16  It’s wisdom too that keeps you safe
from those who would seduce,
From those with words that draw you in,
but morally are loose.

17  For they have left the one they loved –
the partner of their youth;
They broke their promise made to God,
and sacrificed the truth.

18  Beware of the adulterer
whose house is like a cave;
The path for all who head that way
leads surely to the grave.

19  For no one going to that house,
and passing through the door,
Will ever turn around and find
the path of life once more.

20  Now if you heed the things I’ve said,
you’ll walk upon the way,
That good and righteous people take
and follow everyday.

21  The righteous will forever stay,
and live upon the land;
The blameless too will dwell secure,
where solidly they stand.

22  But those of evil temperament
will soon be rooted out;
The faithless forcefully removed,
like dead plants in a drought.