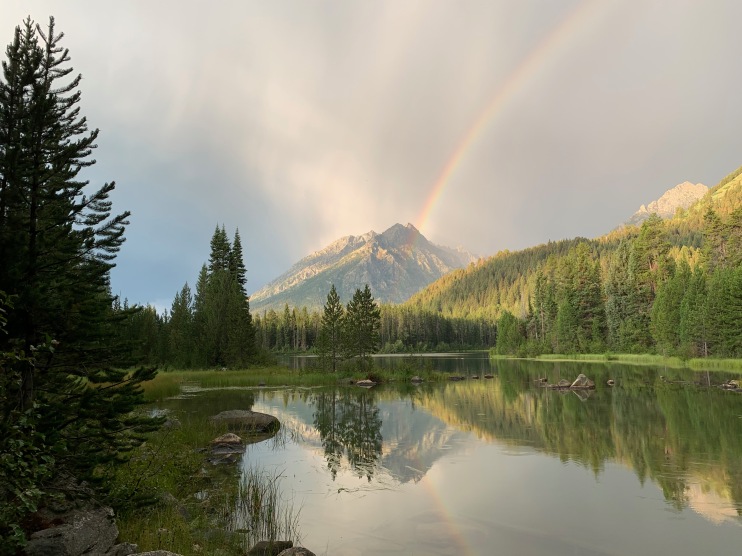 “Unfair and unjust measurements, and variable weights; are both the same unto the Lord, as something that he hates.”  (Proverbs 20:10)

“The Lord detests the usage of unfair and shifting weights; Since every crooked measurement, and unjust scales he hates.”  (Proverbs 20:23)

This is the twentieth in a series of posts on Proverbs, which I am translating into common meter.  The following contains my rendering of Proverbs 20, preceded by a brief reflection.

Proverbs 20:10 & 23 speak to the harmful practice of using unfair weights and measures.  This brings to my mind’s eye an ancient marketplace where a merchant is selling produce from a crowded stall.  As a customer places her selections on one side of a balance scale, the merchant slowly pulls weights out of a bag setting them one by one on the other side until a balance is reached.  Sometime later, a peasant farmer arrives with a cart of vegetables.  The farmer lifts an armful onto the scale, and as before, the merchant pulls weights out of his bag to measure the purchase.  Although the weights look the same as before, they are heavier.  For this merchant is unscrupulous and has two sets of weights in his bag – a light one when selling and a heavy one when buying.  This is what it means to use variable or shifting weights.

We all know unfair weights are wrong and are an affront to God.  For example, the Lord, himself, spoke to Moses, “Do not use dishonest standards when measuring length, weight or quantity.  Use honest scales and honest weights, …  I am the Lord your God, who brought you out of Egypt.”  (Leviticus 19:35-36)   Moses repeated this in his final address to the Israelites before they entered the Promised Land.  “Do not have two differing weights in your bag – one heavy, one light.  Do not have two differing measures in your house – one large, one small.  You must have accurate and honest weights and measures, so that you may live long in the land the Lord your God is giving you.”  (Deuteronomy 25:13-15)  Solomon also wrote of this elsewhere in Proverbs – “The Lord detests dishonest scales, but accurate weights find favor with him.”  (Proverbs 11:1)  “Honest scales and balances belong to the Lord; all the weights in the bag are of his making.” (Proverbs 16:11)

We might be excused if we pass quickly over these verses as having limited applicability to our lives today.  Balance scales with weights are from an earlier time.  And even if we had the opportunity to use one, I am pretty sure none of us would dream of cheating someone by using heavy weights.

But there is another type of weight that we sometimes lay on others, even those we are closest to.  These are emotional “weights” of criticism, judgment, and condemnation.  Jesus described a similar kind of weight when he denounced the Pharisees for laying heavy loads on people.  In his words, the teachers of the law and the Pharisees “tie up heavy, cumbersome loads and put them on other people’s shoulders, but they themselves are not willing to lift a finger to move them.”  (Matthew 23:4)  The Pharisees were in a unique position by virtue of their spiritual authority to control the lives of others.  And according to Jesus, that is precisely what they were doing by making demands and judging harshly those who came up short.  In brief, they were crushing the people, but extending no grace.

We are like the Pharisees when we apply pressure through criticism and unsolicited ‘advice.”  Jesus spoke about this at length in the Sermon on the Mount, in Matthew 7:1-12.  His words are familiar – ‘Do not judge,’ ‘Get the log out of your own eye,’ and ‘Don’t throw your pearls to pigs.’  The words are strong, perhaps too strong, because we can imagine these sweeping moral judgments apply only to hypercritical individuals.  But in truth it doesn’t take much for us to tie loads of guilt and condemnation on others.

Some people, it seems, have a need to control their world and the world of those around them.  I have known individuals who were tyrants in their home, making unfair and unreasonable demands of their spouse and children.  It is easy to see how such individuals with their deeply entrenched pathologies crush those around them.  But the rest of us, for the most part, are not out to dominate others.  To the contrary, rather than a desire to bend someone to our will, it is often the case that the pressure we place on others is born out of a sincere desire to help the other person.  We may have knowledge or experience that can help the other person from hurting themselves.  But even if our motives are well intentioned, the result may be harmful.

Why does this happen?  The problem is that feelings of inadequacy and rejection are running just below the surface in many lives.  Such feelings can be disturbed by even the slightest provocation, making it impossible to predict how our words are going to be received.  Advice can be heard as criticism, criticism as judgment, and judgment as condemnation.  Words intended to help can be perceived by the recipient as, “Unless you do this or that, then you are unworthy.  Unless you measure up, then you are not loved.”  I find this in myself when my wife offers a suggestion and I become defensive.  Or when my parent points out where I have failed her, and I become angry and despondent.  I see this as well in others around me whose comments have estranged them from family and friends.

So, what are we to do when even our most sincere efforts to help others can be misinterpreted as manipulation or even condemnation?  Is inaction our only option?  Jesus described another way of interacting with others when he said, “Ask and it will be given to you; seek and you will find; knock and the door will be opened to you.”  (Matthew 7:7)  As Dallas Willard has pointed out, these words first apply to our approach to others and not prayer to God, although they include that as well.  Thus, the way to help others is by the simple request – ‘Can I help?’  “Asking is the great law of the spiritual world through which things are accomplished in cooperation with God and in harmony with the freedom and worth of every individual.”  (The Divine Conspiracy, 232)

And a moment’s reflection on this dynamic will tell us that is the way of the kingdom of God.  For isn’t this the way we want to be respected?  When we have a problem in our life or are doing something that is hurtful to others, aren’t we more receptive to someone asking if they can help rather than simply jumping in with advice?  And if we reject the offer, are we not grateful if the offeror backs off gracefully rather than continually pressing the point?  This, of course, is why Jesus’ summary vision for human interactions rings true, “In everything, do to others what you would have them do to you.” (Matthew 7:12)  It is called the Golden Rule not just as a concise statement of God’s law for kingdom life, but as the kind of rule by which we are to measure the lives of others – the measure that we desire others to use on us.

1  Now wine can lead to mocking words,
and beer can cause a fray;
Whoever’s led astray by them,
lacks wisdom for their way.

2  The terror of a king is like,
a lion’s fearsome roar;
And those who anger him will find,
destruction is in store.

3  It’s to one’s honor to avoid,
an argument and fight;
But fools are always quarrelsome,
and meddle out of spite.

4  A lazy person doesn’t plow,
when planting time comes round;
And so will beg when harvest comes,
and nothing’s to be found.

5  The motives of a person’s heart,
are deeper than a well;
But one with insight draws them out –
the things that therein dwell.

6  While many may proclaim their love,
and steadfast constancy –
Yet who can find such faithfulness,
and faultless loyalty?

7  The righteous lead a blameless life,
by doing what is right;
Their children coming after them,
know blessings and delight.

8  A king who sits upon his throne,
makes judgments that are wise;
He winnows evil from his realm,
by watching with his eyes.

9  Is there a person who can say,
“My heart is pure within;
That I am clean from every wrong,
and washed from every sin?”

10  Unfair and unjust measurements,
and variable weights;
Are both the same unto the Lord,
as something that he hates.

11  Even children who are small,
are known by what they do –
If they are innocent and pure,
uprighteous, good and true.

12  The ears by which a person hears,
and eyes by which one sees;
The Lord our God has made them all,
His hand has fashioned these.

13  Don’t let yourself love sleep too much,
or poverty you’ll bear;
But stay awake and you will have,
abundant food to spare.

14  Some buyers gripe that, “It’s no good,”
“No, it’s no good this lot;”
But then they boast to everyone,
about the deal they got.

15  While there may be a raft of gems,
and piles of purest gold;
Yet lips that speak with knowledge are,
a treasure to behold.

16  Demand the coat of one who swears,
to pay a stranger’s debt;
And do not give it back again,
until the payment’s met.

17  The food that’s gained by fraudulence,
initially tastes sweet;
But afterward it clogs the mouth,
like gravel from a street.

18  When making plans first get some help,
and counsel that is wise;
Before you ever wage a war,
seek those who can advise.

19  A gossip and an slanderer,
betrays what they’ve been told;
So don’t be close with those whose tongues,
will never be controlled.

20  All those who curse a parent’s life,
are sure to meet their doom –
By ending like a lamp that’s snuffed,
and left in darkest gloom.

21  Inheritance that’s claimed too soon,
is certain to portend;
That it will not be blessed at all,
or favored in the end.

22  Oh do not say, “I’ll pay you back,
for evilness and spite;”
But trust the Lord to rescue you,
and He will make things right.

23  The Lord detests the usage of,
unfair and shifting weights;
Since every crooked measurement,
and unjust scales he hates.

24  The Lord alone directs our steps,
and how we go each day –
How then can any person know,
and fathom their own way?

25  It’s rash to make a sacred oath –
a promise to be paid;
And only later to reflect,
on why such vow was made.

26  A king who’s wise will winnow out,
the wicked and the vile;
He drives the threshing wheel through them,
and leaves them in a pile.

27  The spirit of a person is,
the candle of the Lord;
It searches all the inner parts,
and shines on what is stored.

28  It’s steadfast love and faithfulness,
that helps a king endure;
For by this love his throne is kept,
protected and secure.

29  The glory of the young and spry,
is strength that they display;
The splendor of our elders is,
a head of hair that’s gray.

30  Harsh blows can be a cleansing scrub,
so evil can’t abide;
For beatings clean the inner parts,
by purging what’s inside.