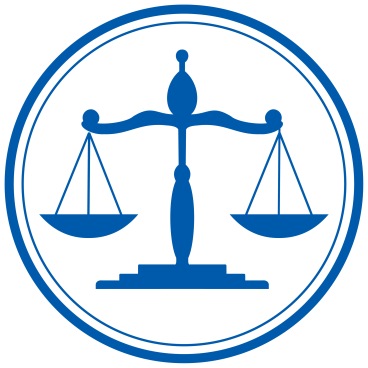 “Set your minds on things above, not on earthly things.”  (Colossians 3:2)

When I started law school in 1979, I probably knew less about the legal system than anyone in our class.  I didn’t know the difference between civil law and criminal law.  I couldn’t distinguish a misdemeanor from a felony.  I vaguely understood the role of the Justice Department.  I had no concept of the interplay between federal and state judicial systems.  I had never read the Constitution.  My background was exclusively in engineering and mathematics, which put me at a disadvantage vis-à-vis my classmates.

However, it wasn’t my general ignorance that was the greatest hurdle I faced.  Rather, it was my belief that there were right and wrong answers in the law to be discovered.  Engineers operate on the knowledge that there are exact answers to technical problems.  For example, in my first job as a systems engineer, I was involved in developing computer simulations for surface-to-air missiles.  When I once inadvertently inserted the letter “O” rather than the number “0” in a computer program, the missile “crashed.”  In those days computer time was costly, and this error caused considerable consternation to my supervisor.  Still, it was better to find out in a computer lab rather than in an actual missile flight.  No doubt the engineers who worked on the angle of attack sensors for the Boeing 737 Max wish they had discovered their error in the design phase.

The engineering mindset that I brought to the study of law had to be transformed before I could move forward.  For, you see, law is more of an art than a science, which is why it finds its home in the liberal arts rather than the hard sciences.  Lawyering emphasizes interpretation and persuasion over calculation and solution.  Scientific laws are by their nature invariant within a given system.  Science and math are logically objective, whereas law is inherently subjective.  Although at times a law and its application are clear, more often than not there is room for construction and argumentation.  This is because laws are enshrined in words, and words are far more nuanced and intrinsically ambiguous than scientific formulas and numbers.  Therefore, in order to succeed as a lawyer my mindset had to fundamentally change.

When I switched vocations from the sciences to law, I did not know that a quarter century later my thinking and foundational assumptions would once again be radically challenged.  This occurred (and continues to occur) in my journey from the secular, non-believing world into Christianity and the kingdom of God.  For the mindset of one who would dwell in the kingdom of God is diametrically opposed to the mindset of one who follows the pattern of the world.  I did not understand this when I first became a Christian.  I thought that I might need to “kick up my game” a notch or two – perhaps by being a little kinder, a little more generous, or bit more forgiving.  It never occurred to me that the way of Jesus would require a baseline reset of my mind, a fundamental readjustment of my thought processes.

Paul certainly did not believe that following Christ was a matter of a few minor adjustments to our character.  He made it clear that we are a new creation and should no longer live for ourselves.  (2 Corinthians 5:15-17)  He wrote that this transformation is predicated on a change in our thinking.  “Do not conform to the pattern of this world, but be transformed by the renewing of your mind.  Then you will be able to test and approve what God’s will is – his good, pleasing and perfect will.”  (Romans 12:2)  What Paul is saying is that we Christians must rethink the way we see the world. The patterns that we have become comfortable with, the assumptions that we have accepted – either explicitly or implicitly – must be examined.  And the goal?  It is to “test and approve”God’s will!  And here we come to the heart of the matter – life in the kingdom of God is centered around God’s will, whereas life according to the pattern of this world is centered around my will.

Thus, kingdom living requires that our thinking must be directed to discerning God’s will.  We pray this in the Lord’s Prayer, “Your kingdom come, your will be done.”  (Matthew 6:10).  We hear this in the teaching of Jesus, “Not everyone who says to me ‘Lord, Lord,’ will enter the kingdom of heaven, but only the one who does the will of my Father who is in heaven.”  (Matthew 7:21).  And we see this in Jesus’ prayer in Gethsemane, “Yet not as I will, but as you will.”  (Matthew 26:39)

The question I have struggled with is how to pull this off in practice? How can my beliefs change so that I really believe God’s will is paramount?  I have a lifetime of living according to my will – putting myself first – in my family, my career, and my marriage.  While God surely renews our mind even as he gives us a new heart when we are saved; still, it is my choice where I will set my mind, what thoughts I will dwell upon.  The Spirit will lead, but I must follow.  On this there can be no doubt.  Moreover, as Paul makes clear, what we set our mind on will determine how we live.  “Those who live according to the flesh have their minds set on what the flesh desires; but those who live in accordance with the Spirit have their minds set on what the Spirit desires.”  (Romans 8:5)

Changing my mindset from my will for my life (living for myself) to God’s will for my life (how he would have me live), is a far harder transition than changing my mindset from engineering to law.  So much of what I see and hear in the “pattern of the world” opposes the will of God and would tempt me to do the same.  For example, Jesus speaks of the evil of lust, but sexual images are everywhere.  He warns against anger, but I live in an angry world.  He says to speak the truth, but I am bombarded by lies.  It takes great effort for me not to slip into the cultural streams flowing past.  Yet, I must do precisely this if I am to avoid conforming to the pattern of this world.

I write about the pursuit of virtue to explore some of the ways I seek the renewal of my mind.  It has been a journey of discovery for me, but not one that has revealed any formula or one-size-fits-all process for change.  Indeed, I find more mystery than certainty around how the mind changes.  Much of what I have learned and written about has come from good teaching, great authors, prayer, and meditation on Scripture.  But one of most impactful ways I have found for doing this is through a community of like-minded individuals.

I learned this first when I was in law school.  Although I had a number of wonderful professors, it was my fellow students who inspired and challenged me by their approach to the curriculum.  My classmates were “all-in” for the study of law.  No one spoke of equations and calculations – it was all about investigation and issues, research and writing, precedents and persuasion – and slowly but gradually my thinking changed.  Being immersed in an environment where everyone was set on pursuing the same goal was a powerful inducement for me to learn and achieve.

It is a lesson that has been beneficial in my spiritual journey. The power of a community of believers whose minds are set on discerning God’s will has encouraged and helped me to grow.  It is a great blessing to have family and friends who have a kingdom mindset – those who don’t assume that faith is a matter of abstract belief and assertions, but that it involves real effort that starts with what is truly believed.  For example, on Tuesday mornings for the past ten years I have met with a community of like-minded believers.  There are roughly thirty of us who weekly read and discuss books from great Christian authors.  We also pray for one another, but mostly we listen and learn from one another – from men who have their minds set on things above.  On Friday mornings I meet with a smaller group of men.  Jim, Dave, Gideon, Bill, Mike, and I are less structured in our time together, but share challenges in our faith journeys, listen with open hearts, and encourage one another.  And every Saturday morning I meet with my friend John.  We have no agenda – we simply talk about our lives.  We pray and we laugh a lot, and we encourage one another to keep our minds set on things of God.

Friends, we are living in a time where following Paul’s counsel, “Set your minds on things above, not on earthly things,”  (Colossians 3:2), is harder than ever.  For increasingly the pattern of the world is to follow our own self-interests.  As Richard Foster recently wrote, “In the contemporary scene today, narcissism is the spirit of the age … It is in the air we breathe … this extreme self-centeredness, this total self-absorption, this exaggerated sense of entitlement, this utter self-obsession.”  More than ever we need the bond of Christian brothers and sisters whose minds are set on the kingdom of God and his righteousness.