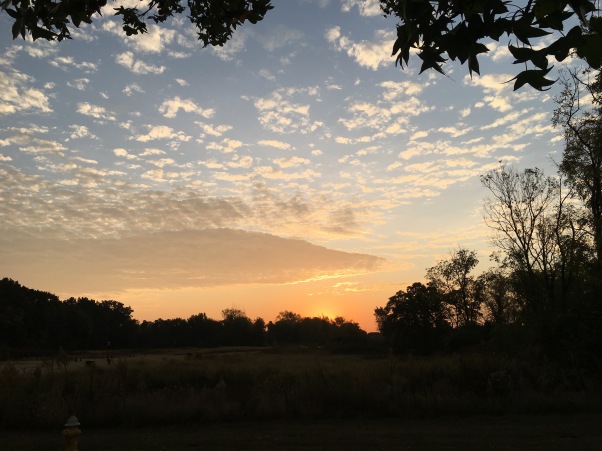 “There are six things that the Lord hates, seven things that are detestable to him …”  (Proverbs 6:16)

This is the sixth in a series of posts on Proverbs, which I am translating into common meter.  The following contains my rendering of Proverbs 6, preceded by a brief reflection.

Today I mark two anniversaries.  Seventy years since my birth and twenty years since professing faith in Jesus Christ.  I count myself blessed to be in a season of life where I have the space to reflect and write about my life and faith.  I do not take this for granted.  Nor do I take for granted those who have influenced and shaped my faith journey.  “No man is an island,” John Donne wrote, and no spiritual journey is untethered to others.  I am forever thankful for the people I know who are living authentic Christian lives.  For me, there is nothing more powerful than the witness of a life well-lived.  It is inspiring and encouraging to watch ordinary people living extraordinary lives.

One of the most intriguing aspects of watching others live out their faith, is how much unity there is despite the diversity in spiritual focus.  As followers of my blog know, I believe the pursuit of virtue is how I make sense of faith and life in the kingdom of God.  It is the primary lens through which I understand how to live an ordinary Christian life.  Not everyone around me has the same perspective.  Indeed, many of those who have inspired and shaped my faith journey frame their understanding of the Christian life differently.  For some, their faith journey is from the perspective of serving the poor, the oppressed, and the alien.  For others, it is from the perspective of sharing the good news through evangelism.  For still others, it is from the perspective of recovery.

There is a common thread that runs through all of these perspectives, which is that ours is an ethical faith.  The pursuit of virtue is understood as building our house on the rock of Jesus’ teachings (Matthew 7).  Serving the vulnerable is understood as caring for the least of these (Matthew 25).  Evangelism is understood as teaching obedience to Jesus’ commands (Matthew 28).  Recovery is understood as living out the Beatitudes (Matthew 5).  There is, of course, much more to all of these, but at their core is God’s call for us to live a moral life.  This call is found throughout Scripture.  It is revealed from God’s first command to Adam and Eve to not eat from the tree of the knowledge of good and evil (Genesis), to Christ’s final triumph over the forces of evil and his final victory for all that is true, good, and beautiful (Revelation).

At almost every turn in the Bible, we read about an ethical God whose ways are based on love and respect for one another.  We read too about the righteous who intend to live a moral life by following his ways, and the ungodly who do not.  Certainly, this is the case in Proverbs, which is filled with ethical teachings.  The prevailing view about Proverbs seems to be that they are guidelines for godly living, but not necessarily commands.  For example, John MacArthur writes, “Proverbs are divine guidelines and wise observations, i.e. teaching underlying principles which are not always inflexible laws or absolute promises. These expressions of general truth generally do have ‘exceptions,’ due to the uncertainty of life and unpredictable behavior of fallen men. God does not guarantee uniform outcome or application for each proverb, but in studying them and applying them, one comes to contemplate the mind of God, His character, His attributes, His works, and His blessings.”

In a sense, it really doesn’t matter whether or not you consider Proverbs to be commands or simply guidelines, because either way they reveal the ethical nature of our faith.  Moreover, they instruct us in how to live a life that is pleasing to God – a fundamentally decent human existence that pursues what is right and rejects what is not.  For example, in Proverbs 6 there are teachings on money (1-5), sloth (6-11), wickedness (12-15), and adultery (20-35).

But Proverbs 6 contains an even more explicit teaching about God and the ethical nature of our faith.  Tucked away in the middle of the chapter are four iconic verses on conduct that the Lord hates.  “There are six things that the Lord hates, even seven things that are an abomination to him: haughty eyes, a lying tongue, and hands that shed innocent blood, a heart that devises wicked plans, feet that are swift to run to evil, a false witness who pours out lies, and a person who spreads discord among family members.”  Proverbs 6:16-19) (New English Translation)

In short, the Lord hates:  the arrogant; liars; murderers; planners of evil; doers of evil; perjurers; and those who spread discord.  God not only hates them, but according to literal translations of verse 16, he also considers them to be an abomination.  “Abomination” in Hebrew means “a disgusting thing.”   The NIV renders the word as “detestable.”  Any way you slice it, these seven things God finds abhorrent.  Solomon’s father King David put it this way in Psalm 5.  “For you are not a God who is pleased with wickedness; with you, evil people are not welcome.  The arrogant cannot stand in your presence.  You hate all who do wrong; you destroy those who tell lies.  The bloodthirsty and deceitful you, Lord, detest.”  (Psalm 5:4-6)

Proverbs 6:16-19 is the clear teaching of Scripture on God’s view towards the wicked.  Regardless of how one frames the Christian life, this much is sure – all virtue, all healing, all justice, and all evangelism, if authentic, is rooted in moral living.  Jesus tells us quite simply that we will be known by our fruits.  “No good tree bears bad fruit, nor does a bad tree bear good fruit.  Each tree is recognized by its own fruit. People do not pick figs from thorn bushes, or grapes from briers.  A good man brings good things out of the good stored up in his heart, and an evil man brings evil things out of the evil stored up in his heart.  For the mouth speaks what the heart is full of.”  (Luke 6:43-45)

This in no way diminishes the role of grace in our lives.  To the contrary, anyone who intentionally pursues a life of faith knows about weakness and failure, and the need for forgiveness and grace.  God is always extending his grace to those who will turn to receive it.  His grace keeps us humble and enables us to continue to do the good things he wants us to do (Ephesians 2:8-10).  Faith without obedience will keep us out of the kingdom of God (Matthew 7:21).  Indeed, faith without moral effort is dead (James 2:14-20).

In an increasingly troubled world, I am grateful to be surrounded by believers who are passionate about living an authentic faith.  To the extent that there is diversity in our perspectives on the Christian life, it is not the kind of diversity that divides us.  Rather, it the kind of diversity expressed in “E pluribus unum” (out of many one) that unites us as the body of Christ.  I am forever thankful for their witness.

1  My child, beware of promising
to back a neighbor’s loan –
By shaking hands to make a pledge
of something that you own.

2  Be careful with the things you say,
and promises you make;
For every word that you express
can snare you in its wake.

3  But once you’re in a neighbor’s hands,
appeal for clemency;
Make haste and plead to be released,
don’t rest until you’re free.

4  Don’t give your eyelids any sleep,
or settle in repose;
Allow no slumber for your eyes,
or even gently doze.

5  O free yourself like deer that run
beyond the hunter’s sight;
Or birds that flee the fowler’s net
by taking off to flight.

6  O sluggard, think about the ant,
don’t let it pass your gaze;
Learn wisdom and sagacity
by studying its ways.

7  The ant has no commanding chief
to tell it when to move;
Nor does it have an overlord
to help it to improve.

8  And yet, when summer time is here,
it finds what it can store;
And when the winds of harvest blow,
it piles up even more.

9  How long, O sluggard, will you sleep,
how long just lie around?
When will you ever rouse yourself,
and get up off the ground?

10  You take a little too much sleep,
you grab too long a nap;
You drop your hands to take a rest,
and fold them in your lap.

11  Because of so much lethargy,
you’re sure to wind up poor;
Like one who’s robbed of all they have,
and left with nothing more.

12  The wicked walk a twisted path –
a vile and worthless way;
A way that’s marked by crooked speech,
and perverse things they say.

13  The wicked wink maliciously
with eyes that denigrate;
Their feet send signals to beware,
their fingers instigate.

14  The wicked plot perversities
with evil in their heart;
They’re always stirring conflict up,
so peace will fall apart.

15  The wicked though will surely face
a swift calamity –
As instantly they’ll be destroyed
without a remedy.

16  The Lord has seven things he loathes,
and passionately hates;
These things he simply won’t abide,
and never tolerates.

19  The Lord hates all false witnesses,
whose lies are not abjured;
The Lord hates those who stir up strife,
and bring about discord.

20  My child, embrace your father’s words,
give his commands their due;
And don’t forsake the many things
your mother teaches you.

21  Keep their instructions ever close,
and bind them on your heart;
O fasten them around your neck,
and don’t let them depart.

22  When walking they will guide your steps,
when sleeping guard your rest;
When waking they will speak to you,
like one who is addressed.

23  For these commandments are a lamp,
their teaching is a light;
Rebukes that come from discipline
give life that’s surely right.

24  They keep you from your neighbor’s spouse –
from one who’d have you sin;
And from a smooth and wayward tongue
that seeks to pull you in.

25  O do not lust within your heart
for beauty that you spy;
Or let yourself be mesmerized
by eyes that draw you nigh.

26  While whoring lowers what you’re worth
to just a loaf of bread;
Yet sleeping with another’s spouse
is worth your life instead.

27  Can anyone scoop fire up,
and hold it to their chest –
Without their clothing being burned
wherever it is pressed?

28  Can anyone remove their shoes,
and walk on burning coals –
Without the scorching of their heels,
and searing of their soles?

29  And so it is with those who sleep
with one who’s not their own;
For punishment will surely come,
because of what they’ve sown.

30  The world does not despise a thief
for stealing when in need;
For when one’s starving for some food,
it’s more than simple greed.

31  But even then, the penalty
is seven times the cost;
The payment will be satisfied,
though house and goods are lost.

32  But those who choose adultery
lack any common sense;
For surely they destroy themselves
because of their offense.

33  It’s certain they’ll be beaten up,
dishonored and disgraced;
The blot upon their character
will never be erased.

34  For spouses stirred by jealousy
will overflow with hate;
They will not spare the culpable
when they retaliate.

35  No compensation will suffice,
no bribe will reach their hand;
There is no gift acceptable,
despite it being grand.

One thought on “Proverbs 6”